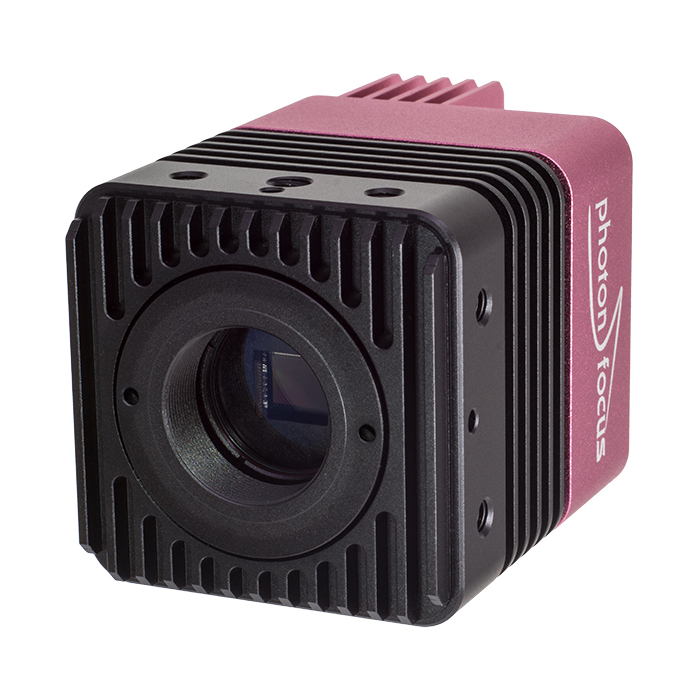 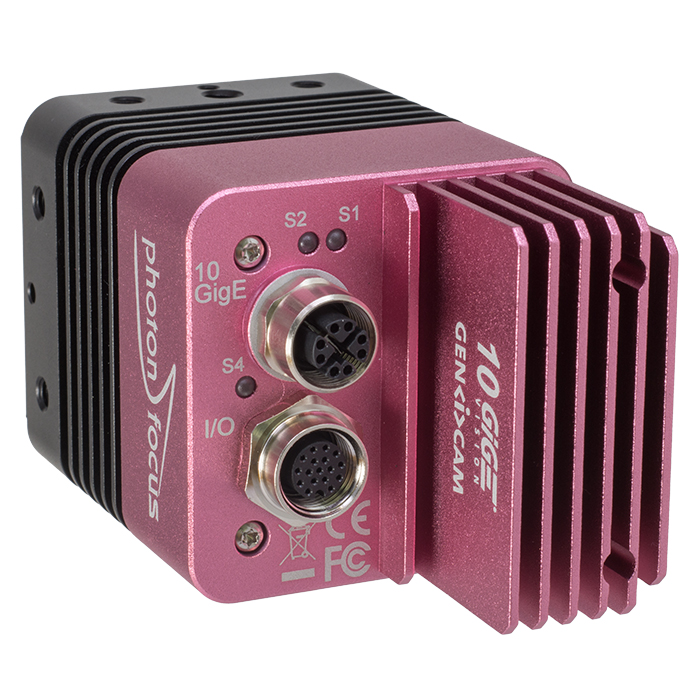 The 3D CMOS cameras MV4-D1280-L01-3D07-GT (LUX1310) are designed for high triangulation rates. The LUXIMA CMOS image sensor LUX1310, which is optimized for high frame rates and high sensitivity, was combined with a robust Multi Peak Linefinder algorithm to determine up to four triangulation lines in a single scan in the FPGA of the camera.

The triangulation algorithm activated in the camera calculates the line position of the four laser lines with 1/64 sub-pixel accuracy. In addition to the output of the height profiles, qualifiers are also output, which can be used to suppress artifacts or characterize the surface.

The camera is equipped with GigE interfaces and is therefore able to capture 3D profiles without a frame grabber or to set up cost-effective multi-camera systems as used for the inspection of profiles. The camera is available with10 GigE interface, according to the GigE Vision and GenICam standards. In addition, the cameras have a complete encoder interface that can be configured for the TTL, RS422, HTL and dHTL interface standards, as well as various outputs. External devices with an RS485 interface can also be optionally controlled. Of course all I/O's are galvanically decoupled from the camera electronics.